This is a text widget, which allows you to add text or HTML to your sidebar. You can use them to display text, links, images, HTML, or a combination of these. Edit them in the Widget section of the Customizer.
Posted on August 22, 2018August 23, 2018 by Page 130

That’s right, I was in Liverpool and I didn’t know what the fuuk was going on.

Across the road from Oliver House was the FACT Arts Centre who had already got into the spirit of things. 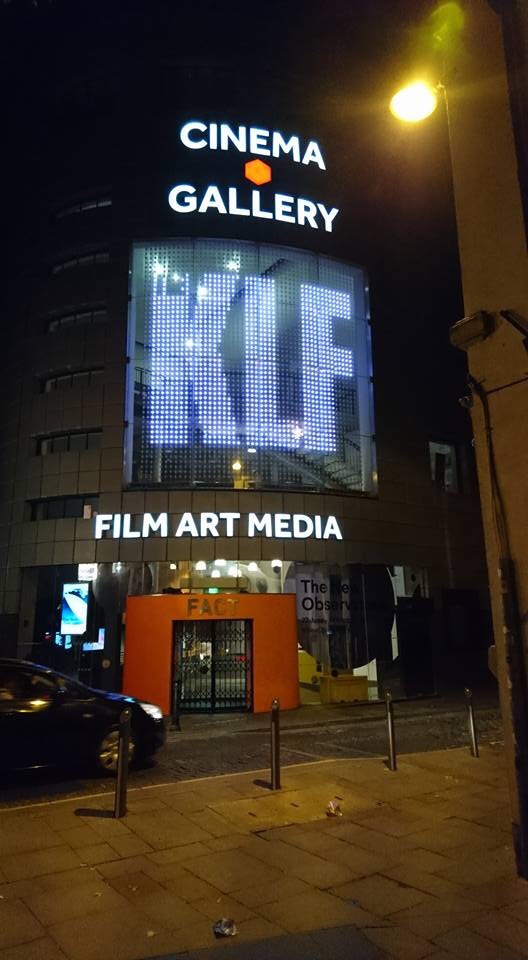 I made my way to Kazimier Gardens, just around the corner from the original Kazimier. There I met up with Aden again and was joined by Dan and John, two die hard JAMs fans. Dan, in his Monomorte guise was responsible for a couple of the best early spin-offs from The Dark Ages, People’s Pyramid (below) and Burn The Shard (now missing in action, but worth selling your house for – oh go on then I’ve made a link)

An executive decision was made. We would start queuing from 10pm. This slipped first to 10:30 and then we eventually ended up getting there for 10:45. There were not the queues we were expecting. We were eighth and ninth in the queue. While we waited, there was a procession of things to keep us busy. Free fanzines – the always excellent Discordia Britannica, bewildered kids and chirpy Scousers with there own Bill Drummond story to tell.

As midnight approached, the queue swelled to what must have been at least a couple of hundred folks. There was a fantastic spirit amongst these strangers and cans of cider were shared – cheers Mark.

Then just before midnight, a siren was heard. Ford Timelord had arrived. Or had he. 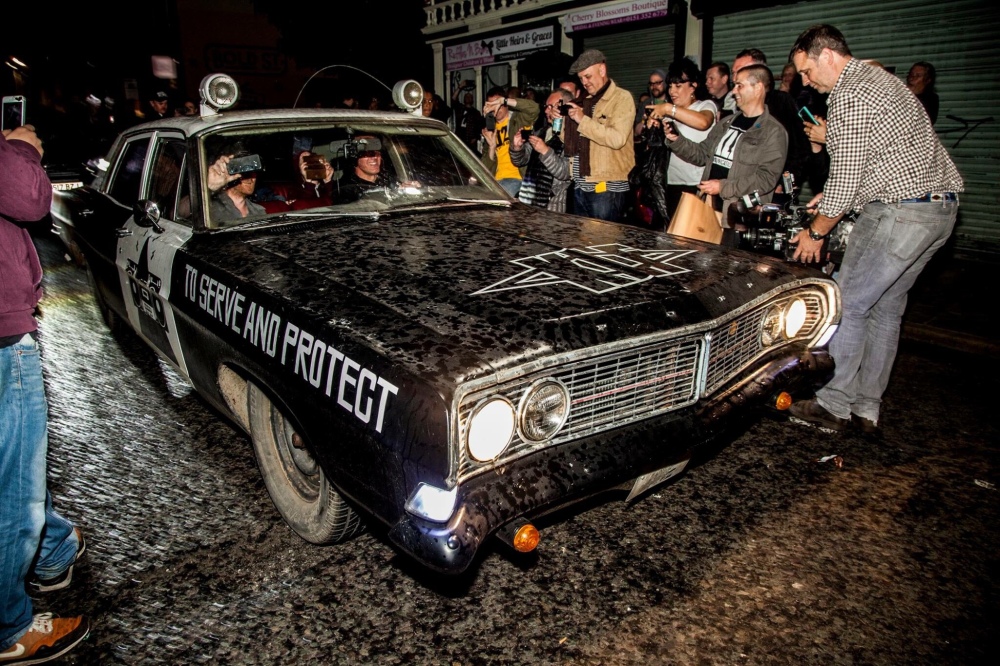 The story of Ford Timelord is a tricky one. The owner was clearly a huge fan and he wanted everyone to see the fruits of his labours.

BUT, he gatecrashed at a pretty important moment and you can appreciate why The JAMs got upset. I’m not saying what happened 36 hours later was justified, but…

Then came the main attraction. The Ice Kream Van looked amazing and was full of clues of what was to come – how could we have missed it? – along with one Koffin.

The chimes were a fantastic touch that illustrated from the very beginning the detail that had gone into this.

When they finally had made their way through the crowds and out of the van, Bill and Jimmy made their way into the book shop, with a little of the look of frightened deers.

Within five minutes we were inside. We’d been stood in front of the Rules Of Engagement for over an hour so we knew what not to do, but not what to expect.

They were both clearly loving it and they both responded warmly to my handshake. I think I said something shit like “thanks for coming back”, but I was among the first dozen so they probably weren’t sick of fawning sycophancy at that point. The BBC were in the queue just behind me and in the end they broadcast my book getting stamped the next morning. 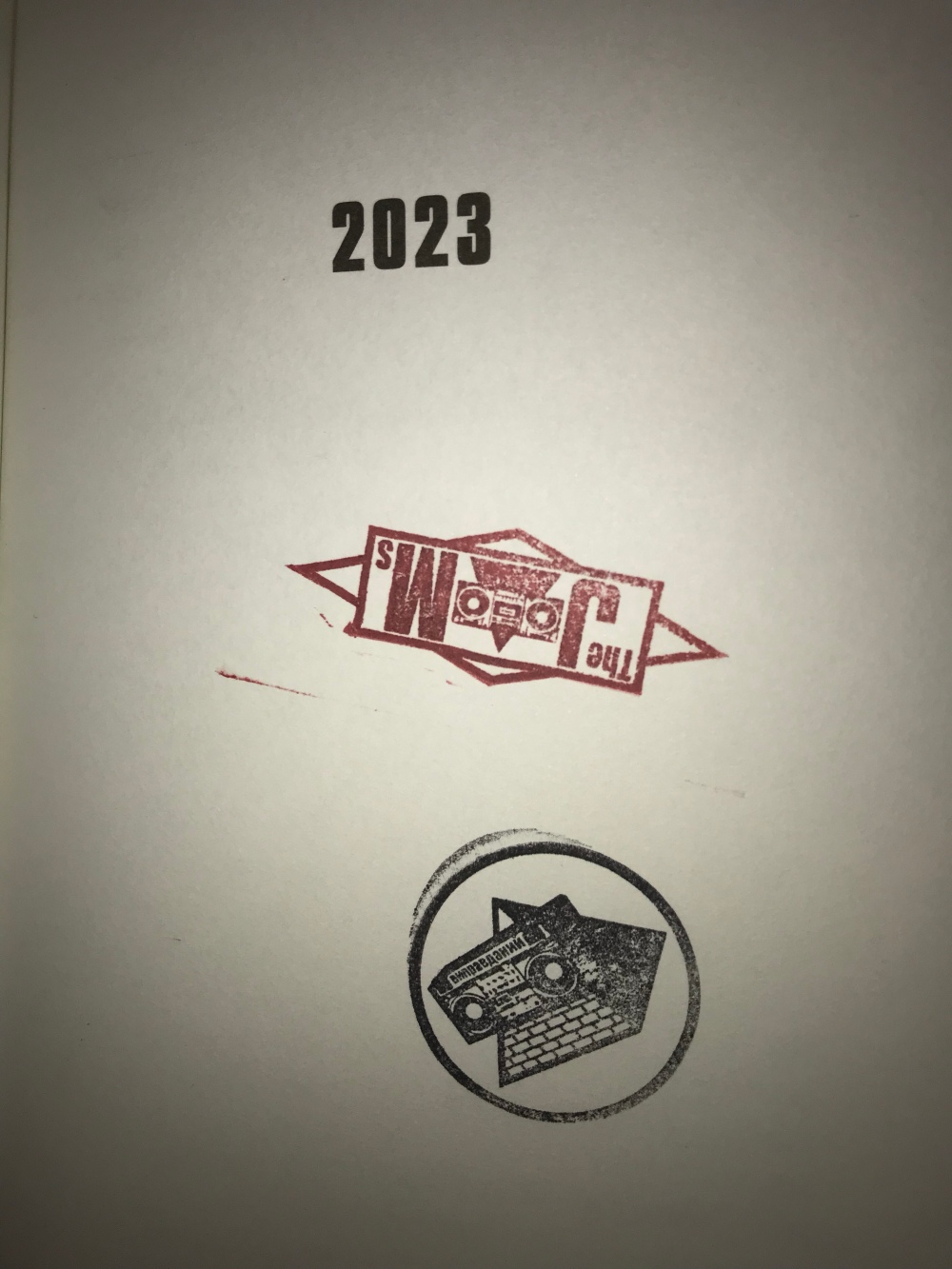 Then it was over for the night. Within a couple of minutes, I was back in my room, but could I sleep? No. Not a chance. Despite a long drive, a busy day and quite a bit of alcohol, there was no chance of my body shutting down for the night.

So what do you do when you can’t sleep? Read a dystopian costume drama, thats what. In the end I read the whole of the first book with coincidentally was the chapter I ended up in.

First impressions of the book remain the same a year on. For fans it’s a great way to reconnect with their past without treading over old ground.

First impressions on the Dark Ages? This is going to something special.

(I think all the photos included are mine. If I have included one of yours by mistake and you’d like me to remove it, please let me know in the comments)