This is a text widget, which allows you to add text or HTML to your sidebar. You can use them to display text, links, images, HTML, or a combination of these. Edit them in the Widget section of the Customizer.
Posted on December 25, 2018 by Page 130

As the accidental curator of The 400 Remix Project, I had the pleasure of being the first to hear each wonderful contribution as it landed in my inbox. This would often take place through headphones, in a darkened room and would invariably lead to a spine-tingling few minutes as the jigsaw pieces of this awe-inspiring project came together.

One particularly jaw-dropping moment cane with the arrival of BIG MAC WITH FRIES by Lee Ashcroft. Starting with a liberated sample of Daisy reading Cameron’s page (full page holder permission was sought and gratefully received), the song grew from a few dark, menacing chords into a fully fledged battle-cry, mobilising The 400 for an as yet undetermined mission. The ‘choir‘, were recorded down in Sam’s basement studio in Brighton with choirmaster Bela directing Oliver, Mark, Guy, Jon, Ben, Dai and myself through an acapella version along to a click track. It was late on in the day and our satisfaction at nailing it on take 23 led to us missing Lee’s other request for the session…

REPEAT with BRING BACK MINCE PIES.

The introduction of Mince Pies into the extended JAMs universe is a curious one. When the BURN THE SHARD walking tour reached Gillett Square, Bill was on hand to distribute warming shots of Jura and Mu-branded mince pies. 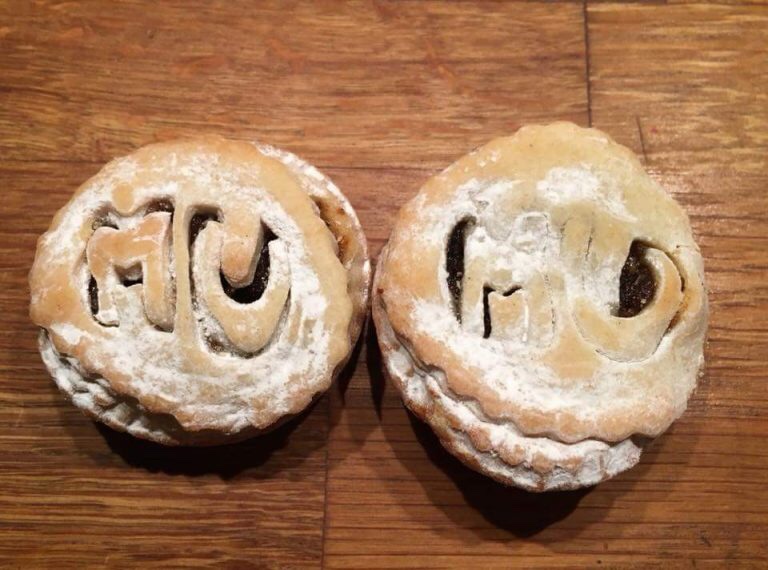 Half an hour earlier, Daisy had led us through a chant of BIG MAC WITH FRIES as we gatecrashed McDonalds and ‘disrespected the brand’.

Unbeknownst to us, a North London resident had taken to Twitter wondering, quite rightfully, what the fuck was going on.

When TOGETHER documented this particular November 23rd, it seemed only right that the mysterious Jarvin should also encounter this misunderstanding and ruminate on mince pies.

It was also necessary to include ‘Bill’s’ mince pie recipe. 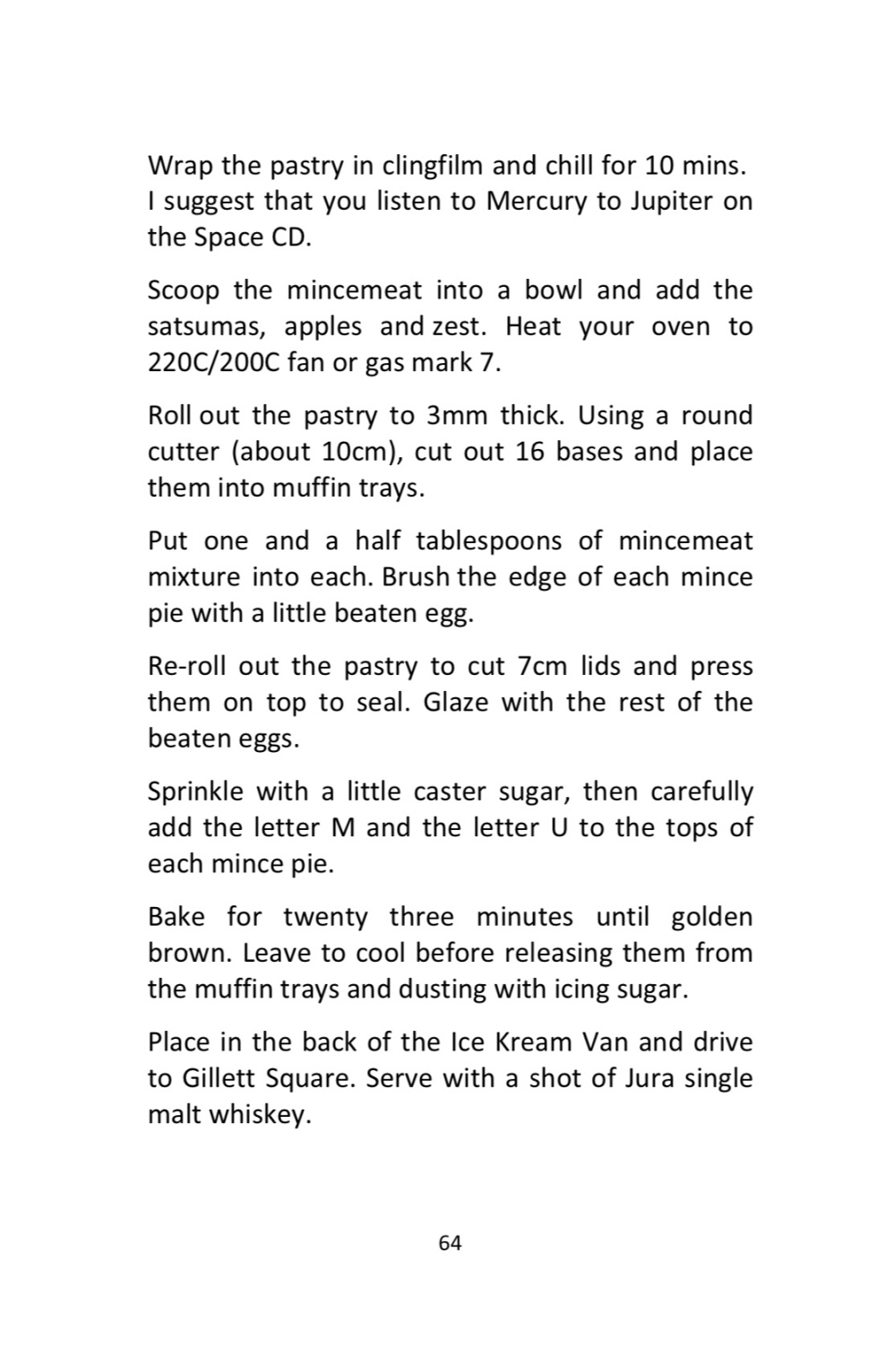 But this was not the end of mince pies. A year later, Bill’s major contribution to the first TOXTETH DAY OF THE DEAD was the production of a mountain of mince pies

Meanwhile, given the opportunity to mass produce some stickers for the event, I went with the following three designs. 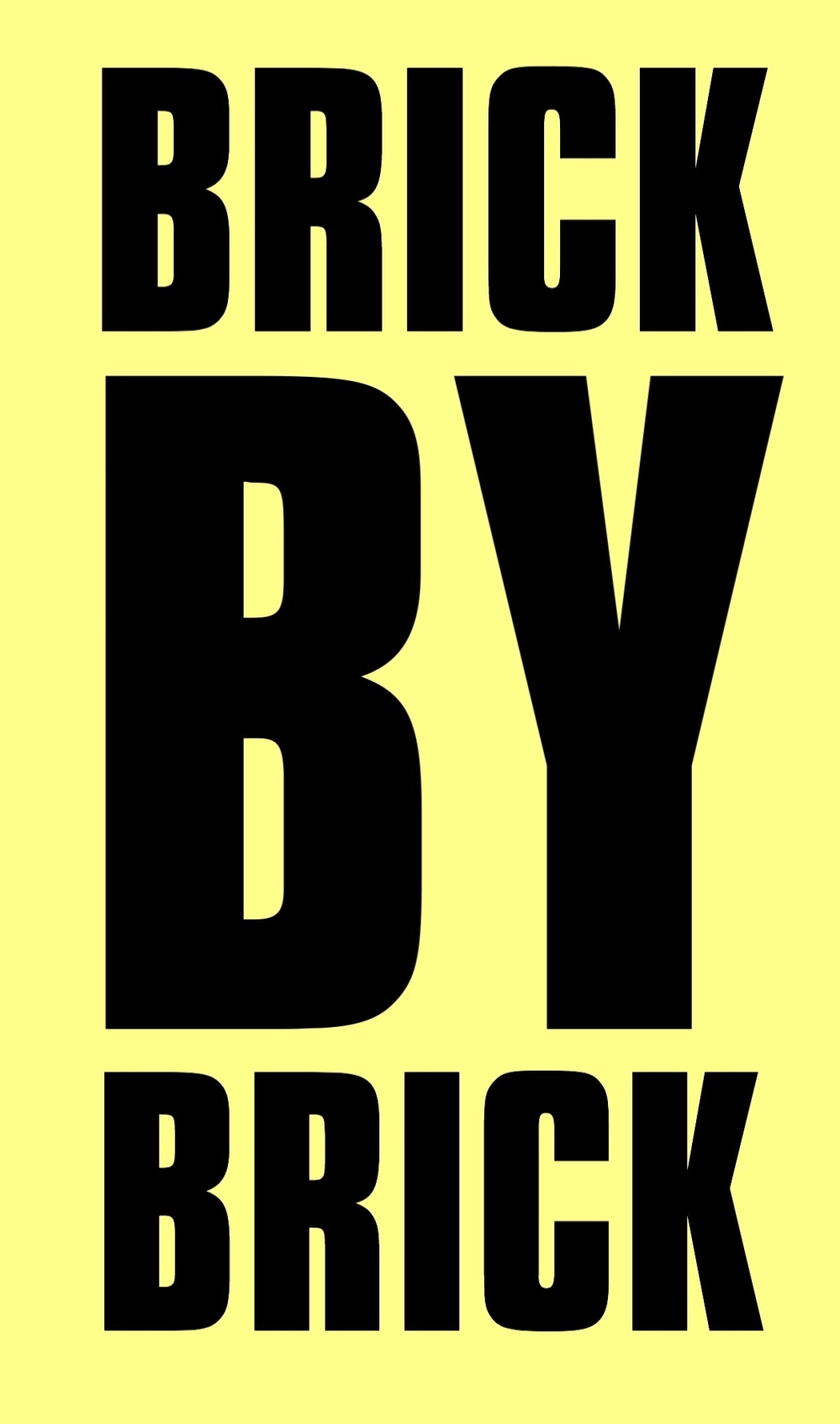 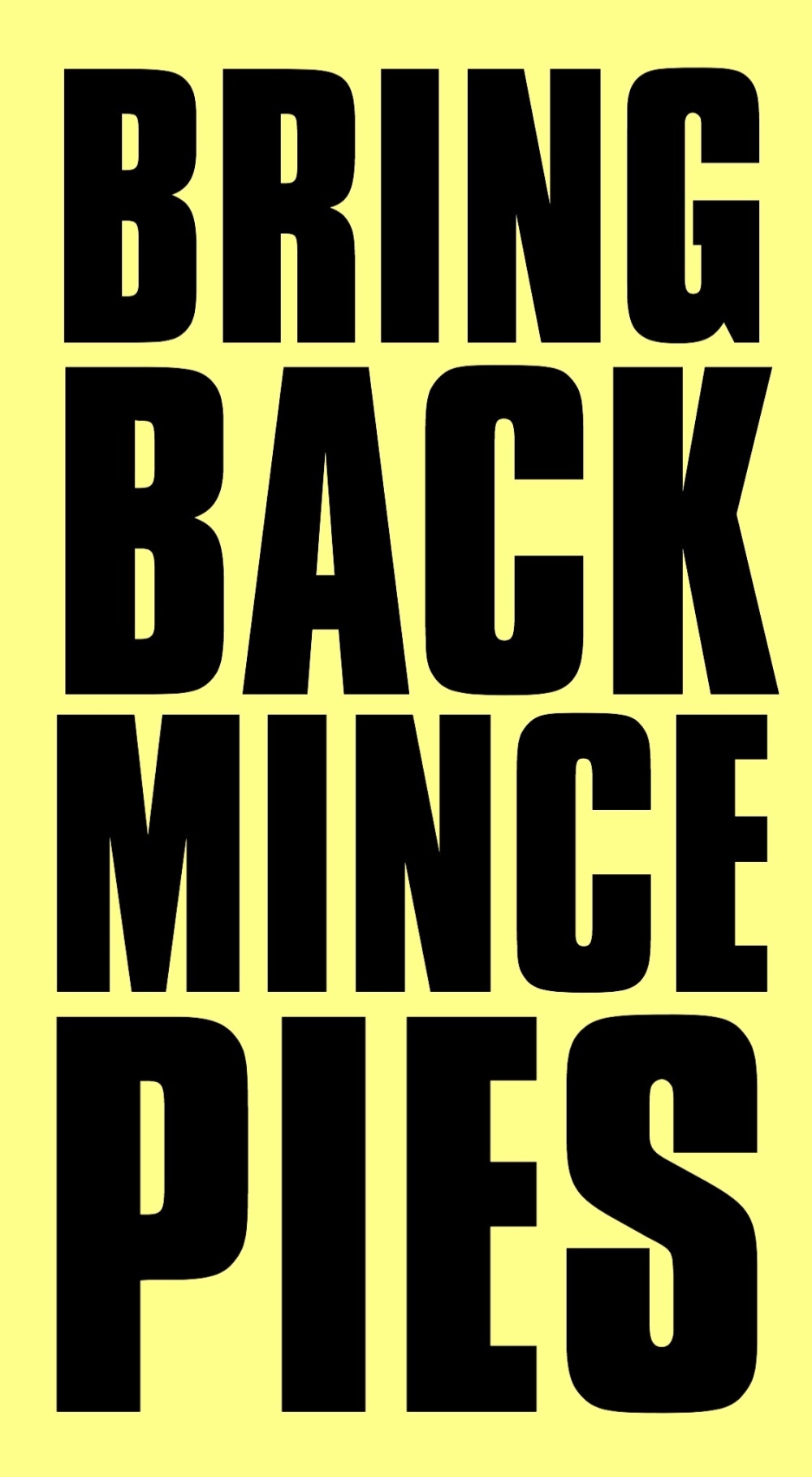 Something was/is in the air.

And then Lee started to bake…

And it was good.

Ladies and gentlemen, may I present, the Christmas Number One for 2019.