This is a text widget, which allows you to add text or HTML to your sidebar. You can use them to display text, links, images, HTML, or a combination of these. Edit them in the Widget section of the Customizer.
Posted on May 30, 2019August 28, 2020 by Page 130

Bill has a thing.

Like most things that Bill does, it’s a private act.

But, given the right conditions, Bill will take paint, brushes and a ladder under a bridge and write the following:

IMAGINE WAKING UP TOMORROW AND ALL MUSIC HAD DISAPPEARED.

He’s done it under Spaghetti Junction. 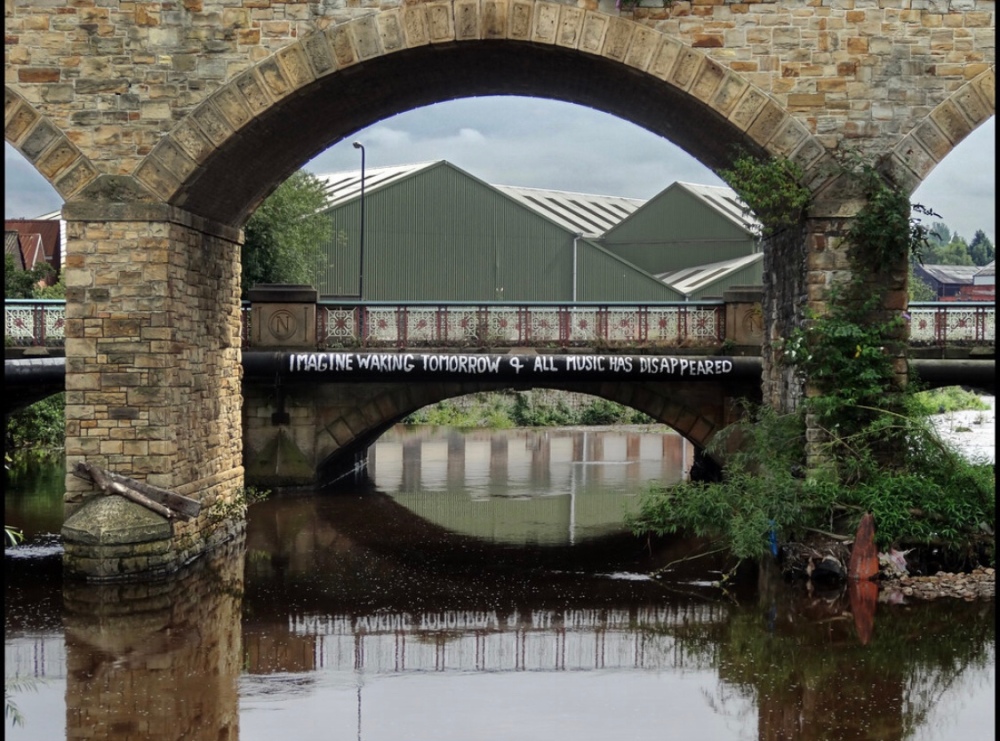 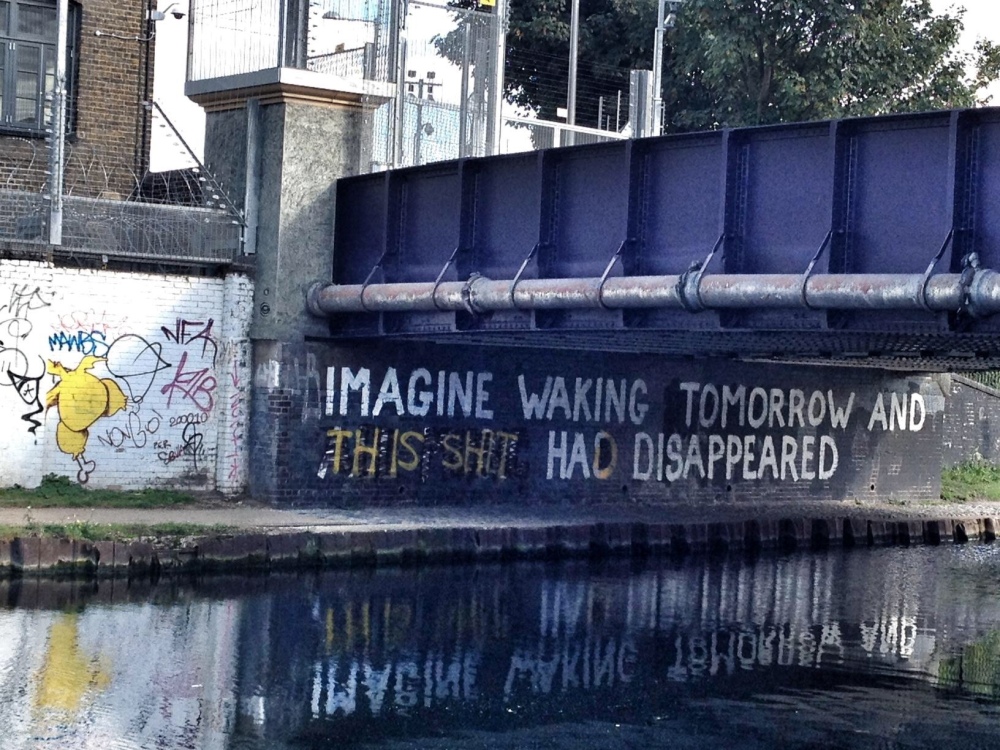 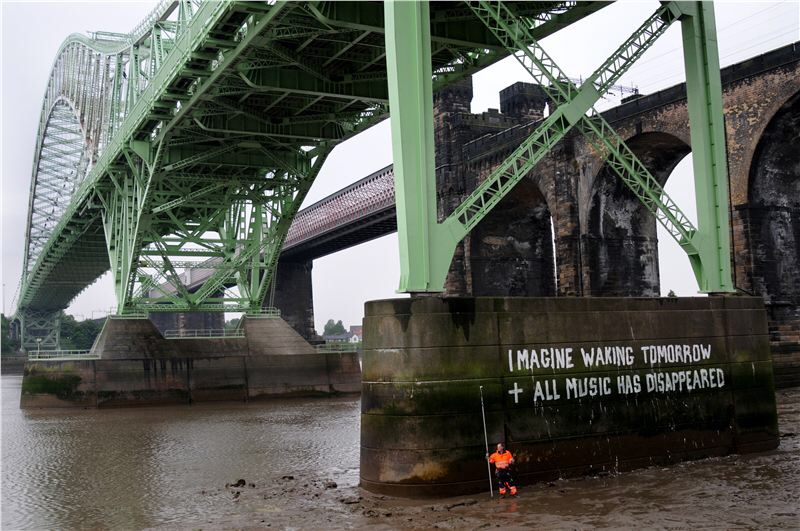 The message usually appears following a performance by The17.

So it was on the evening of 30th May 2019, I set out on a journey as part of an occasional series of mine called Things That Are 23 Minutes From My House.

If you drive one hour and 23 minutes from my house you get to Liverpool or Hull.

Two hours and 23 minutes takes you to Dalston.

Three hours and 23 minutes takes you to Brighton.

But 23 minutes doesn’t really provide many opportunities for adventure.

Twenty three minutes North West gets you to the town of my birth and Byron’s death.

The same time South West gets me to the village of Gotham, the inspiration for you know what.

Twenty three minutes East gets me onto the A46.

Twenty three minutes due South gets me to work.

And twenty three minutes North gets me to the following grid reference:

A bridge on the A617 between Newark and Mansfield.

I parked about a mile North of the bridge and followed a well-trodden footpath, part of the Southwell Trail.

Most of the path carved its way through a gallery of Britain’s favourite weeds, but then as I approached the bridge the the sides of the path formed a shallow valley, full of burrows, warrens and bunnymen. 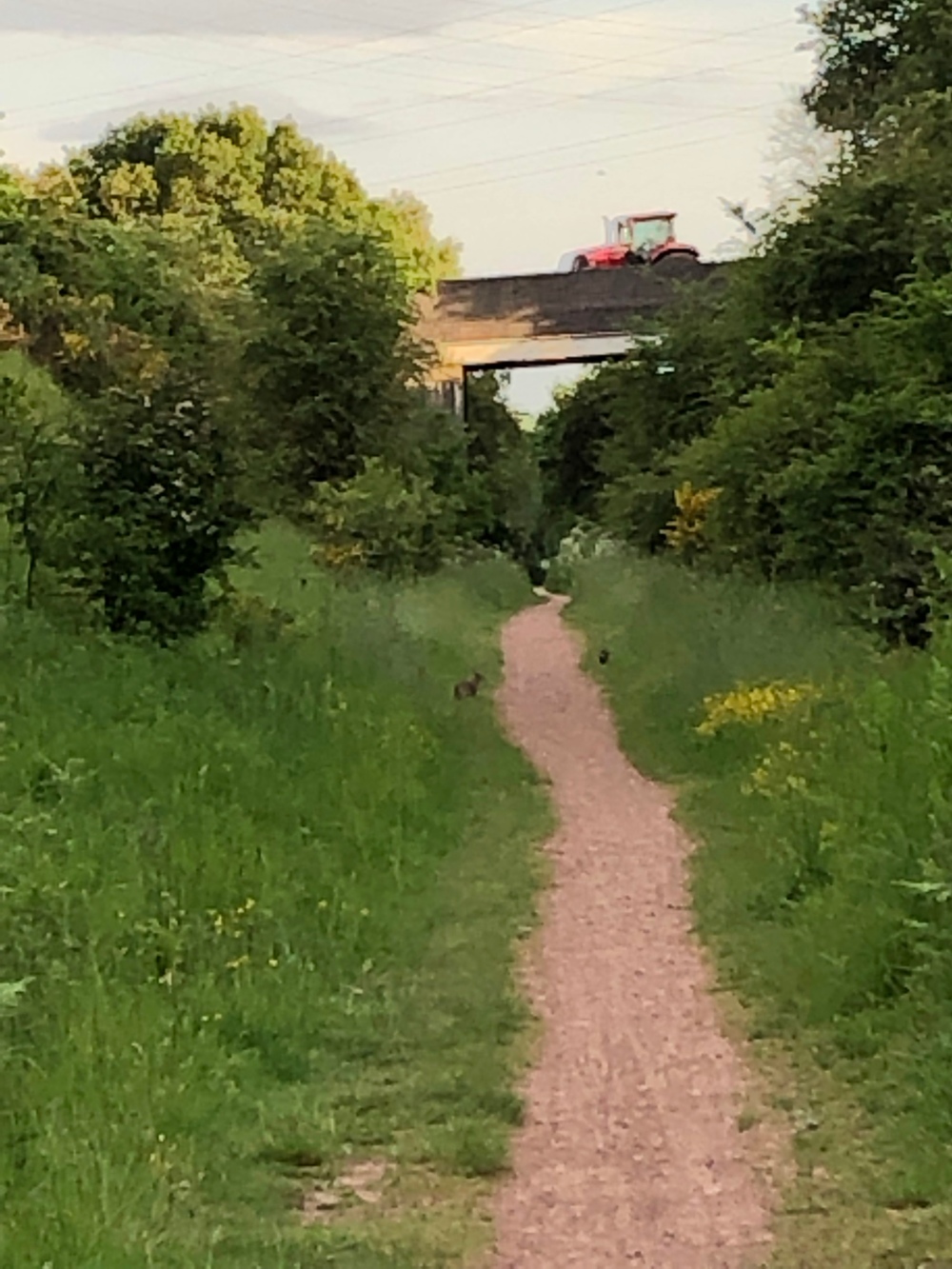 A few steps closer revealed something on the left-hand wall of the tunnel.

And there it was.

A message from Bill.

I’m not aware of any performances by The17 in this area. The Bill/Nottingham axis is predominantly centred on soup.

So for now, it’s just something requiring further investigation and a positive result for travelling 23 minutes from your house.

And this is how it looked, freshly painted in 2011. 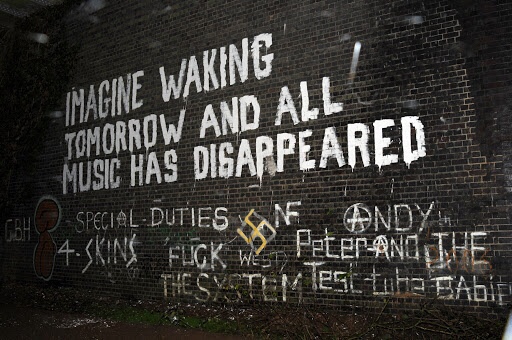 Thankfully, the Nazi Punks have fucked off.